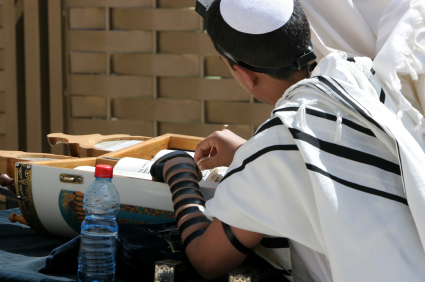 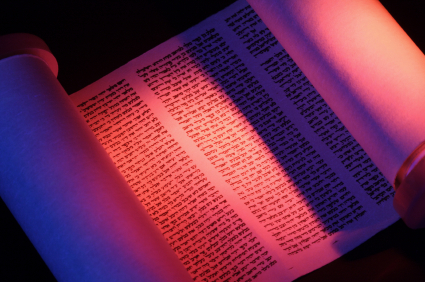 The history and religious significance of the Bar & Bat Mitzvah:

In Judaism, Bar Mitzvah (Hebrew: "one (m.) to whom the commandments apply"), Bat Mitzvah ("one (f.) to whom the commandments apply;" Ashkenazi: Bas Mitzvah), and B'nei Mitzvah (pl.), are the terms to describe the coming of age of a Jewish boy or girl. According to Jewish law, when Jewish children reach the age of majority (generally thirteen years for boys and twelve for girls) they become responsible for their actions, and "become a Bar or Bat Mitzvah." In many Conservative and Reform synagogues, girls celebrate their Bat Mitzvahs at age 13, along with boys. This also coincides with physical puberty.  Prior to this, the child's parents are responsible for the child's adherence to Jewish law and tradition, and after this age, children bear their own responsibility for Jewish ritual law, tradition, and ethics and are privileged to participate in all areas of Jewish community life.  It is a common misconception that the Bar Mitzvah ceremony causes a change in status from youth to adulthood. In fact, the rights and responsibilities vest solely because of age, and the Bar Mitzvah ceremony is typically an ordinary Sabbath service in which the boy or girl participates for the first time as an adult. Although the term "Bar Mitzvah" is commonly, even among Jews, used to refer to the ceremony, it actually refers to the boy or girl who has come of age.

In modern Jewish observance, the occasion of becoming a Bar Mitzvah or (in non-Orthodox congregations) a Bat Mitzvah is usually associated with the young man or woman being called to read the Torah and/or Haftarah portion at a Shabbat or other service, and may also involve them giving a d'var Torah including a discussion of that week's Torah portion. Precisely what the Bar/Bat Mitzvah may do during the service varies in Judaism's different denominations, and can also depend on the specific practices of various congregations. Regardless of the nature of the celebration, males become entirely culpable and responsible for following Jewish law once they reach the age of 13, and females once they reach the age of 12.

The public celebration of a girl becoming Bat Mitzvah in other ways has made strong inroads in Modern Orthodox Judaism and in some elements of Haredi Judaism. In these congregations women do not read from the Torah or lead prayer services but occasionally they will lecture on a Jewish topic to mark their coming of age, learn a book of Tanakh, recite the verses from other texts (such as the Book of Esther or the Book of Psalms) or prayers from the siddur.  (Wikipedia.org)