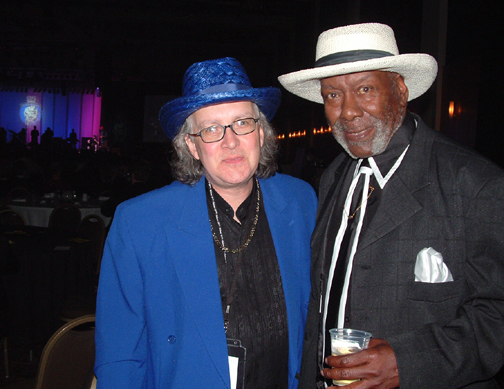 For the 1st 25 years of his life, John was raised in the Louisiana Mississippi delta, immersed in the wealth of Jazz, blues and Gospel music that became the DNA Of North American pop music for the next 50 years. His musical family includes a cousin who recorded with WC Handy in Memphis. His childhood encounters with the likes of Elvis Presley and Dr. Martin Luther King are part of the landscape that influenced this gifted piano, sax & vocal performer and composer.  At 12 years old, John Lee was billed as "Birmingham's answer to Little Stevie Wonder" and opened for many R&B legends.

John Lee has performed at Festivals all over Europe and North America, He is one-of-a-kind, and his breadth in musical genre rivals his mastery of instruments and disciplines in the field. He can sit in front of a piano and transport you from a smoky New Orleans Cajun bar to a blues club in Chicago to an uptown Jazz club in Manhattan.
Since the 70's, John Lee's musical resume is like a history lesson of American Pop, Jazz and R&B, recording /performing with legends such as Willie Nelson, John Lee Hooker, Jimmy Witherspoon, Freddie King, Dr. John, David “Fathead” Newman, The Meters, Chuck Berry, Jimmy Page, Tower of Power, Sam Moore, Mary Wells & Stevie Wonder.